William Shakespeare named around 180 plants in his poems and plays, and was keenly aware of the symbolism that certain flowers had held since the early Middle Ages.

Towards the end of Hamlet, Ophelia, distraught at the death of her father, and shortly before her own suicide, makes her final speech:

There’s Rosemary, that’s for remembrance; pray you love remember, and there is pansies, that’s for thoughts... There’s fennel for you, and columbines… There’s rue for you and here’s some for me: we may call it herb of grace o’ Sundays. There’s a daisy, I would give you some violets, but they wither’d all when my father died.

These are the ‘fantastic garlands’ that Ophelia weaves. Fennel was one of the plants listed in 15th century manuscripts as being essential in gardens. The plant was emblematic of cajolery or flattery, and was used as such in Ophelia’s speech. Ophelia associates pansies with thought, most likely due to the word ‘pansy’ being derived from the French pensée.

All new Moorcroft Pottery comes with at least 10% off RRP and free shipping in the UK.

We keep hundreds of Moorcroft Pottery pieces in stock, from vintage William Moorcroft to the latest 2022 limited editions. We offer next-day service on most pieces, free mainland UK shipping and at least 10% off RRP. We think we offer the best online service available. Here’s why...

Moorcroft Pottery is unique. Celebrated for its stunning colours, skilled tubelining and striking attention to detail, each piece is handcrafted, as it has been for over a hundred years. This is art pottery at its finest.

As any Moorcroft collector knows, no two pieces of their pottery are ever identical: subtle differences in colouring and tubelining are what give Moorcroft Pottery its magnificent individuality. Moorcroft check each piece for quality control, and many pieces don’t make the grade. These ‘seconds’ or substandard pieces – no longer designated by the traditional red dot – find their way to frequent cut-price sales, or, deprived of their box and slipcase, on to the internet. They have next to no investment value. I have never, and will never, sell such pieces.

When I receive my pieces from Moorcroft I again check each pot carefully; any piece that doesn’t meet my standards is returned. In buying from the Cotswold Shop, you have a guarantee that you are buying the best of the best from an official retailer.

If you’d like to see a special piece, or just chat about Moorcroft, come and visit us at the Cotswold Shop in Bourton-on-the-Water, in the heart of the Cotswolds. 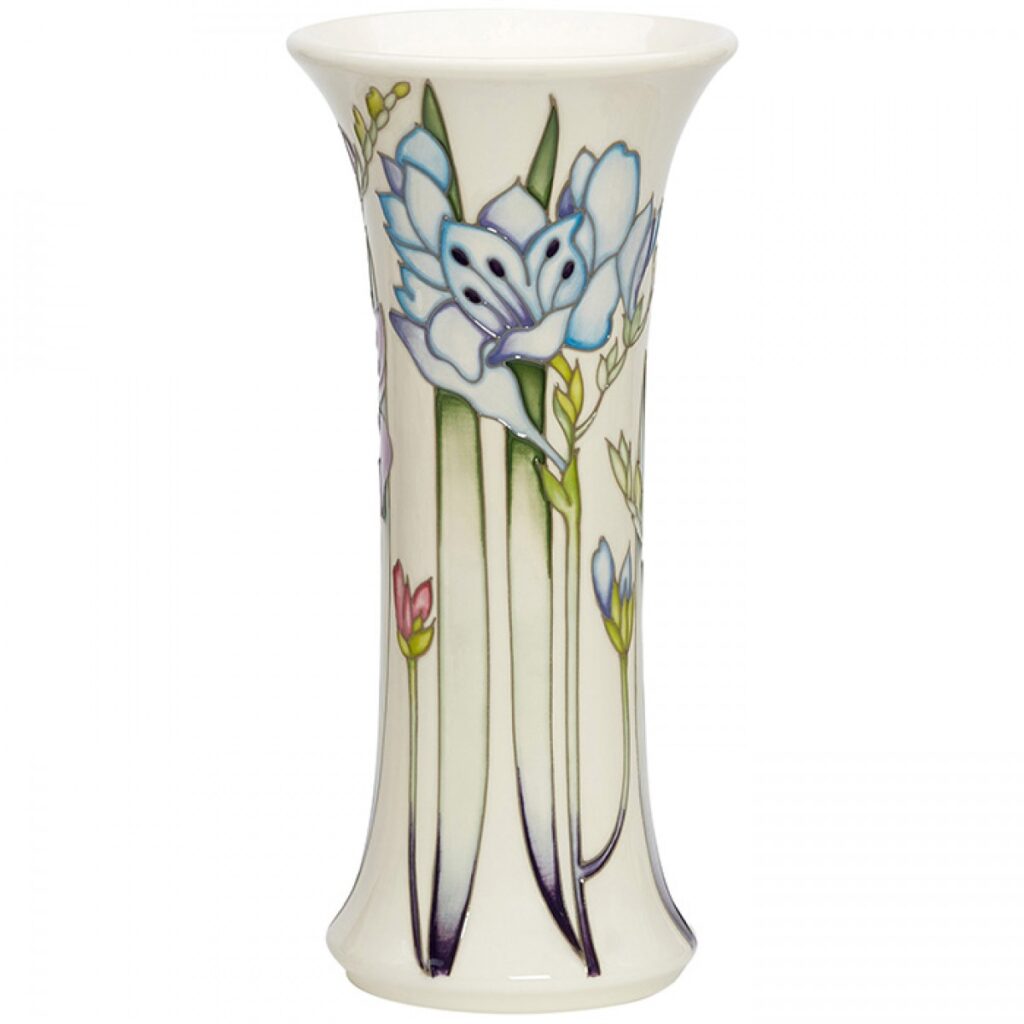 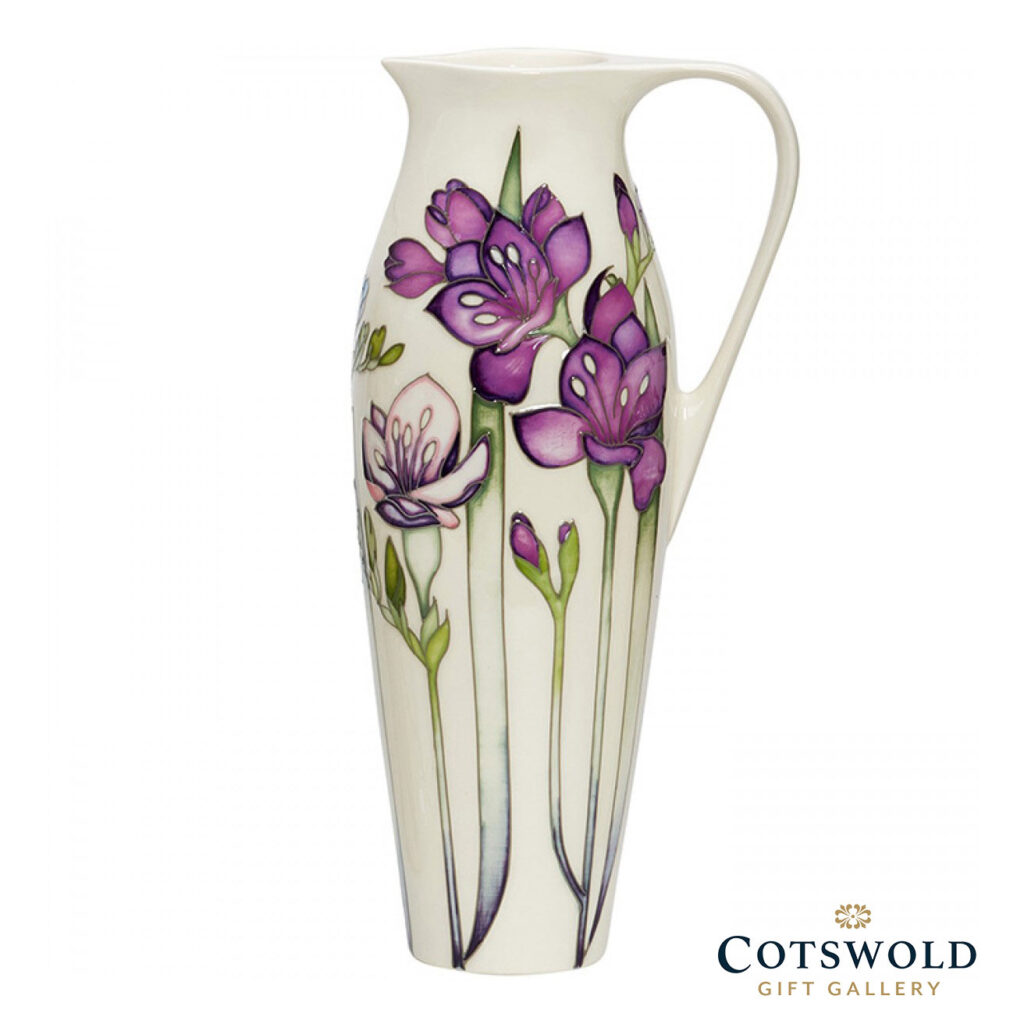 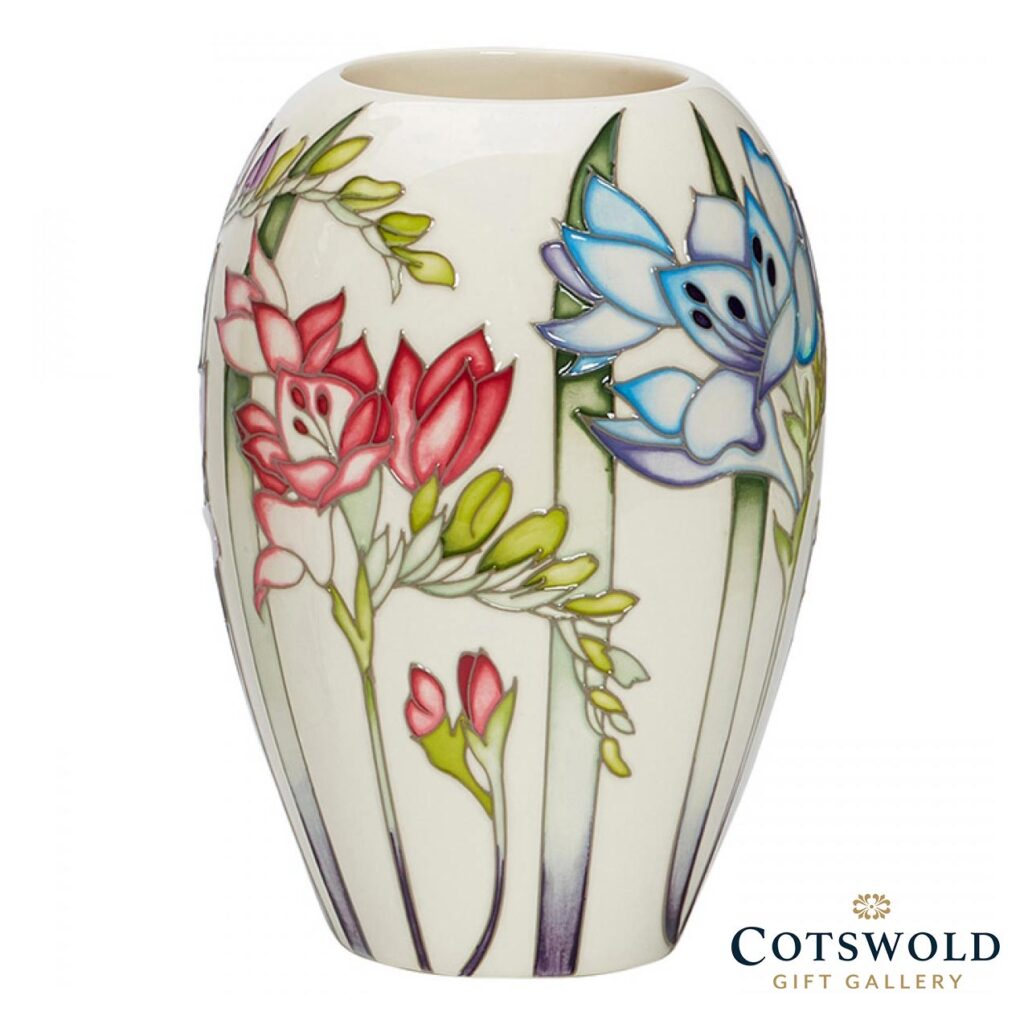 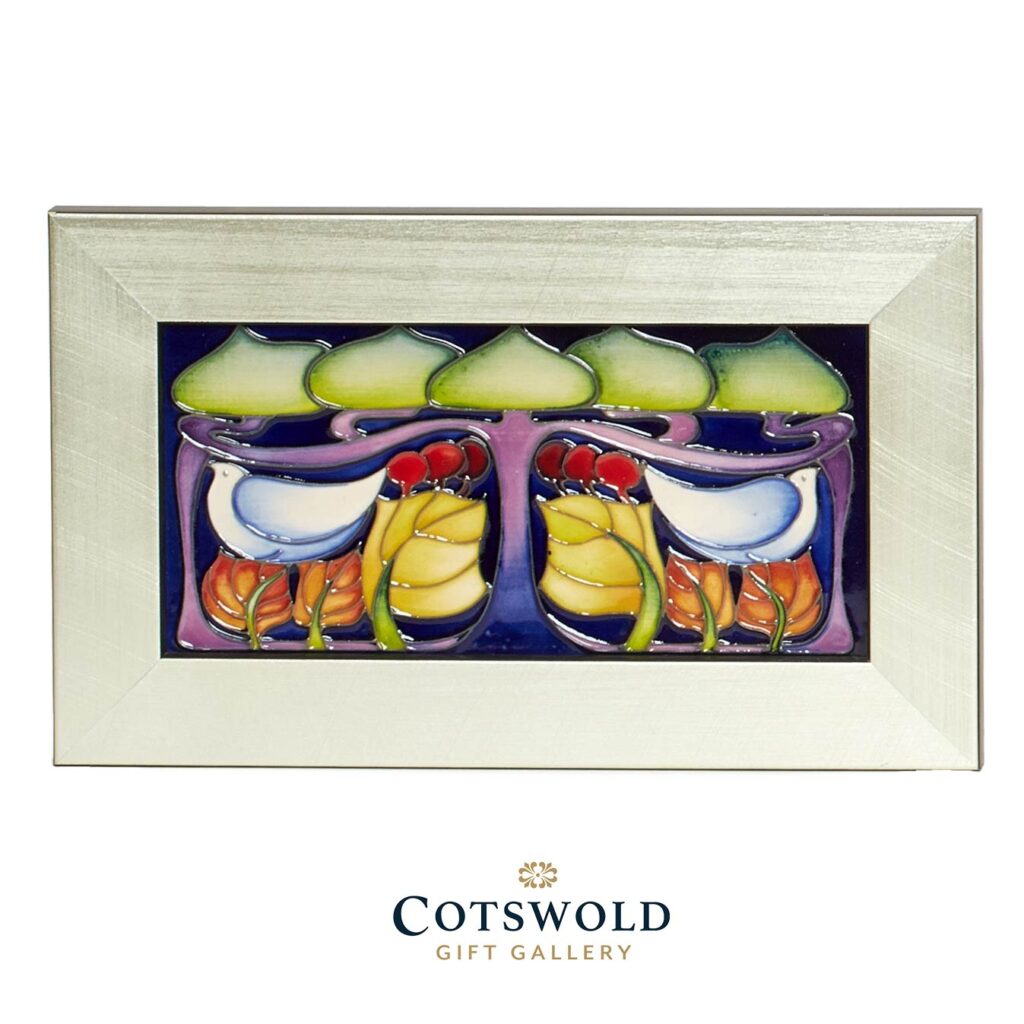 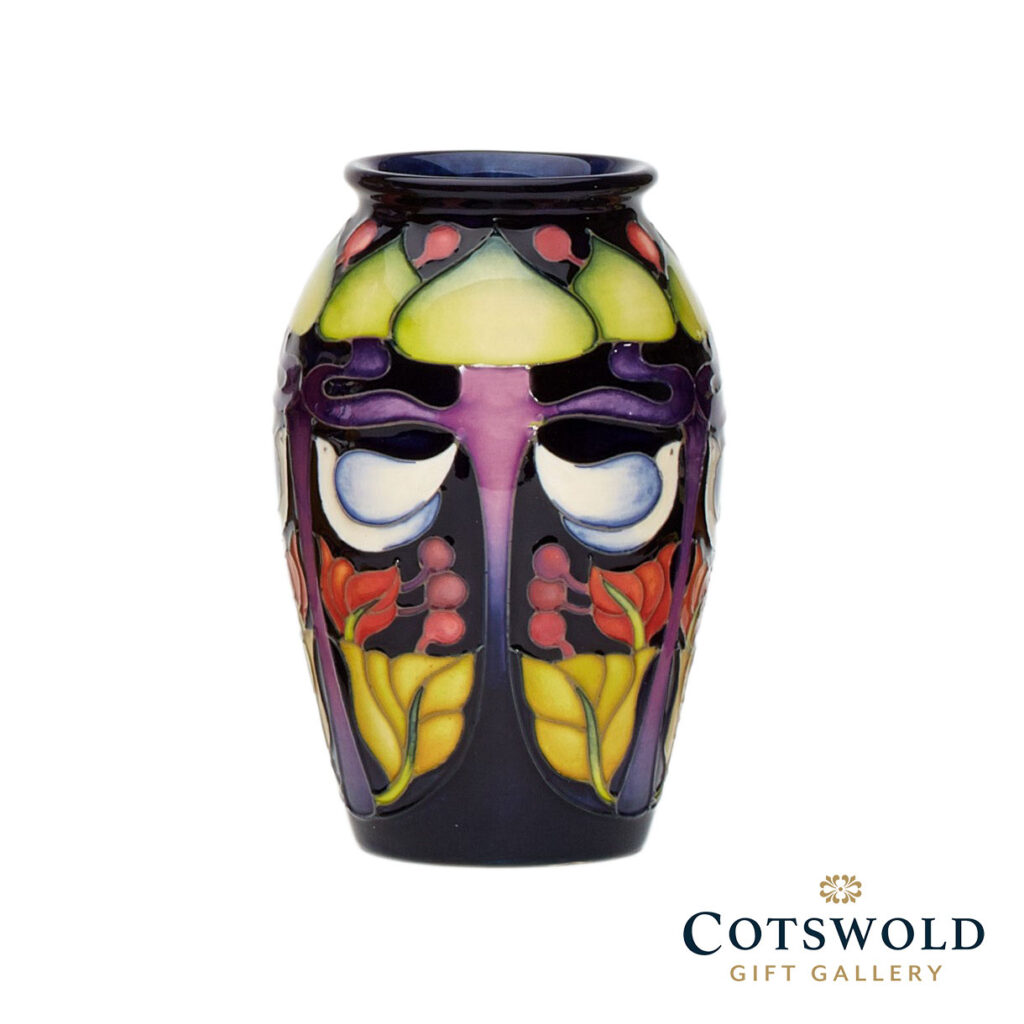 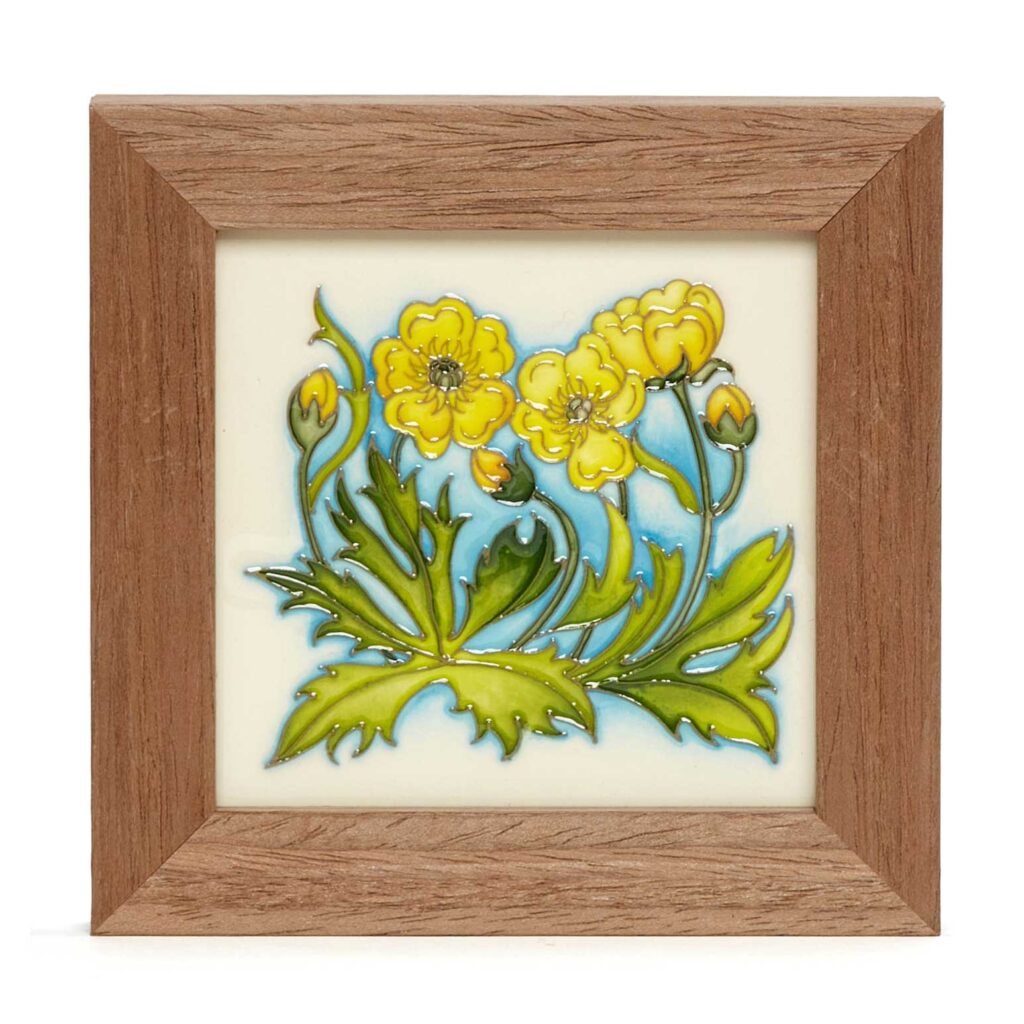