When Moorcroft Pottery designer Nicola Slaney traveled through California her artist’s eye spotted the distinctive California Poppy (Eschscholzia californica) or ‘Cup of Gold’, which is found widely across the state. Its vibrant shades of vivid yellow or radiant red adorn mountain sides and meadows – and road signs, as for over a hundred years it’s been the official state flower of California.

Nicola’s JU7 Jug featuring the poppy became one of the most popular pieces of Moorcroft’s 2019 California Dreaming collection. With time to reflect on her favourite designs, Nicola created four new California Poppies for 2021.

Last word on the California poppy goes to John Steinbeck from East of Eden:

California poppies are of a burning color – not orange, not gold, but if pure gold were liquid and could raise a cream, that golden cream might be like the color of poppies.

Results per page:
Sort by: 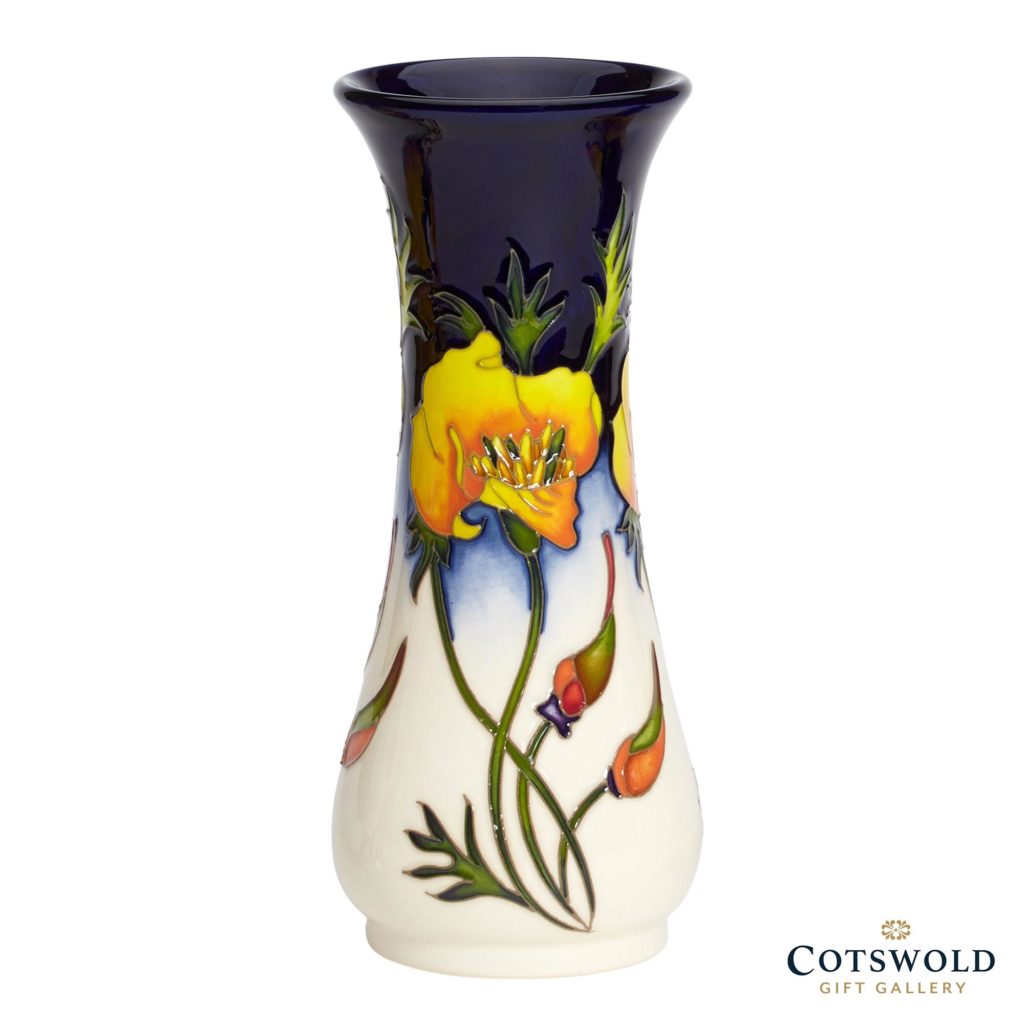 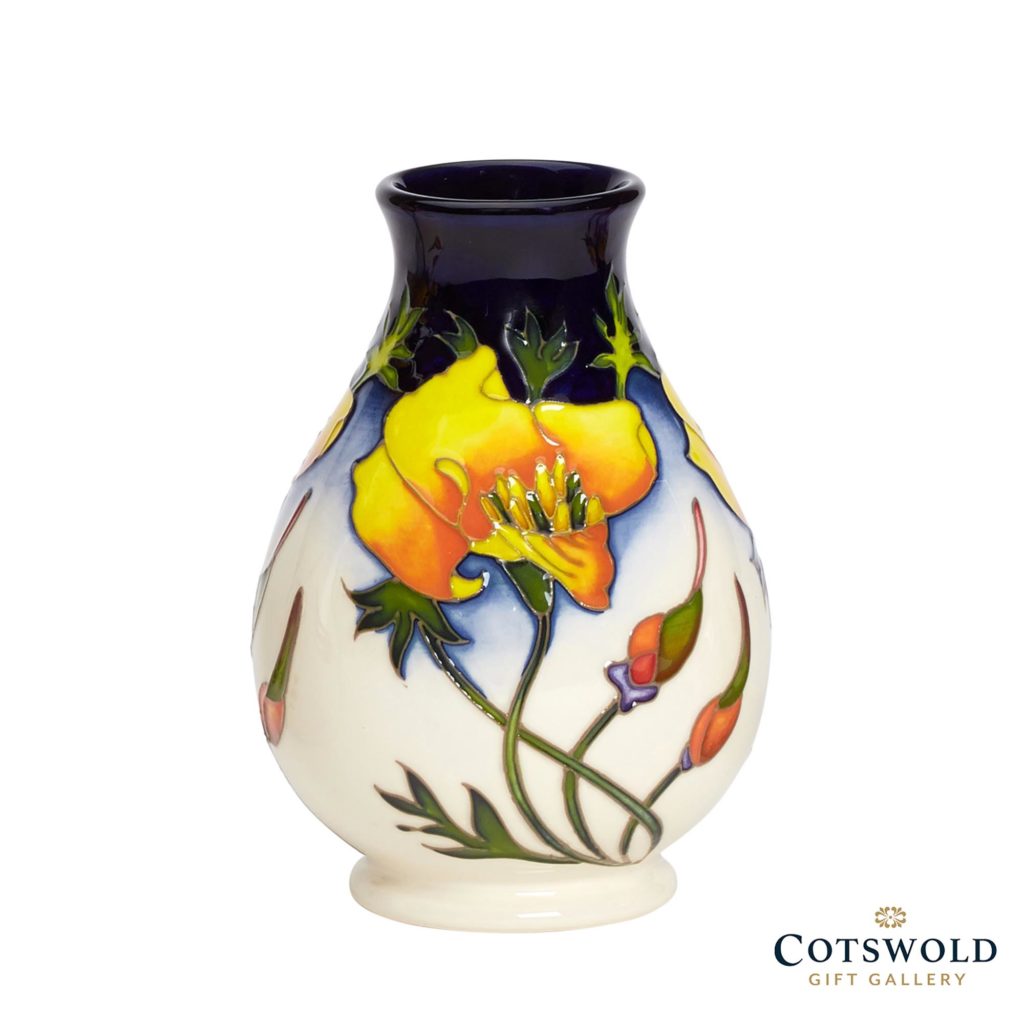 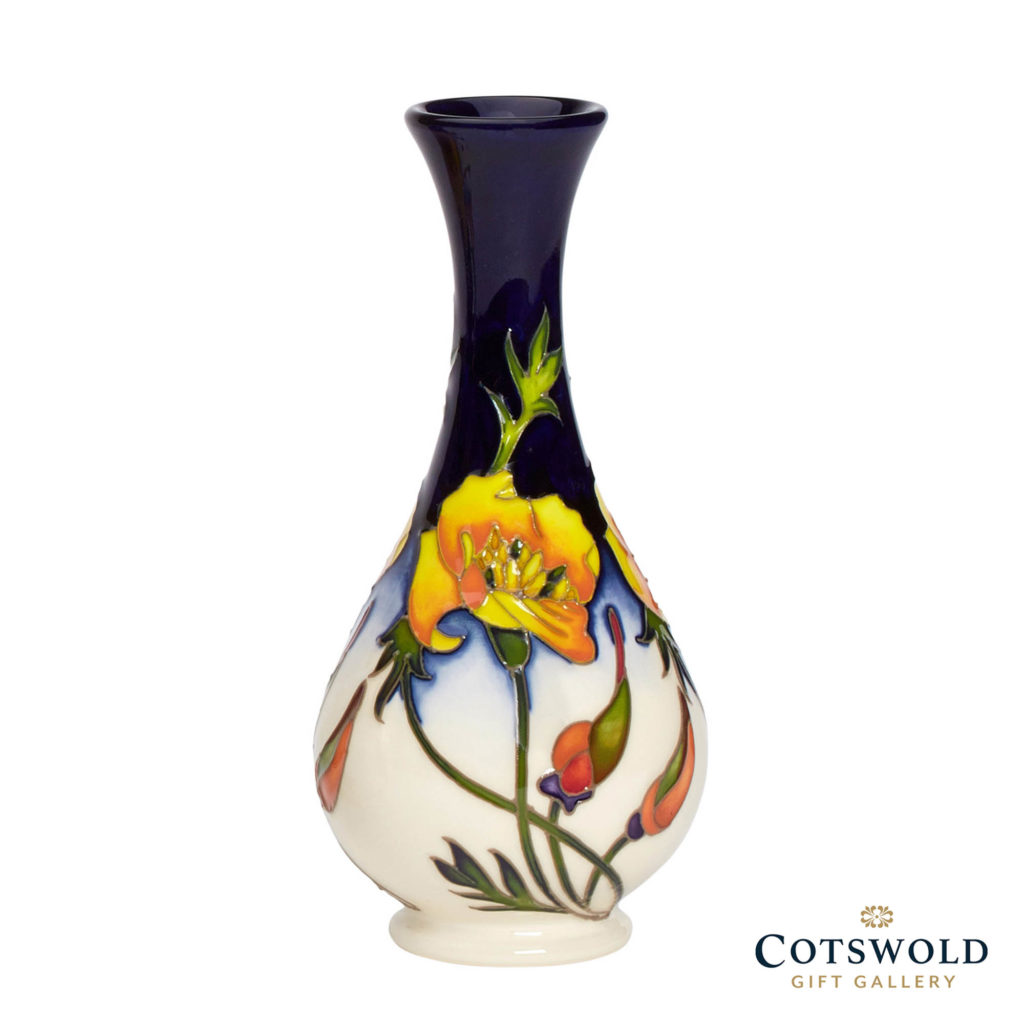 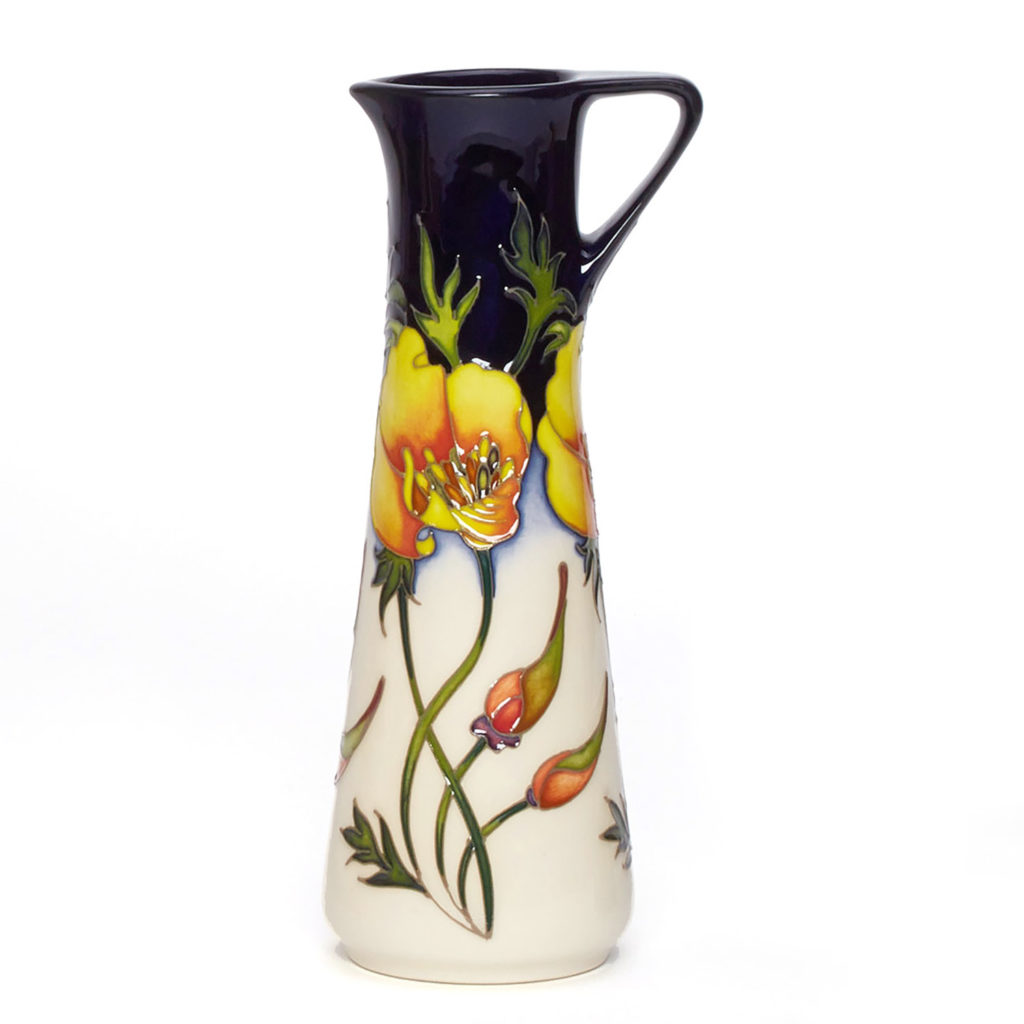 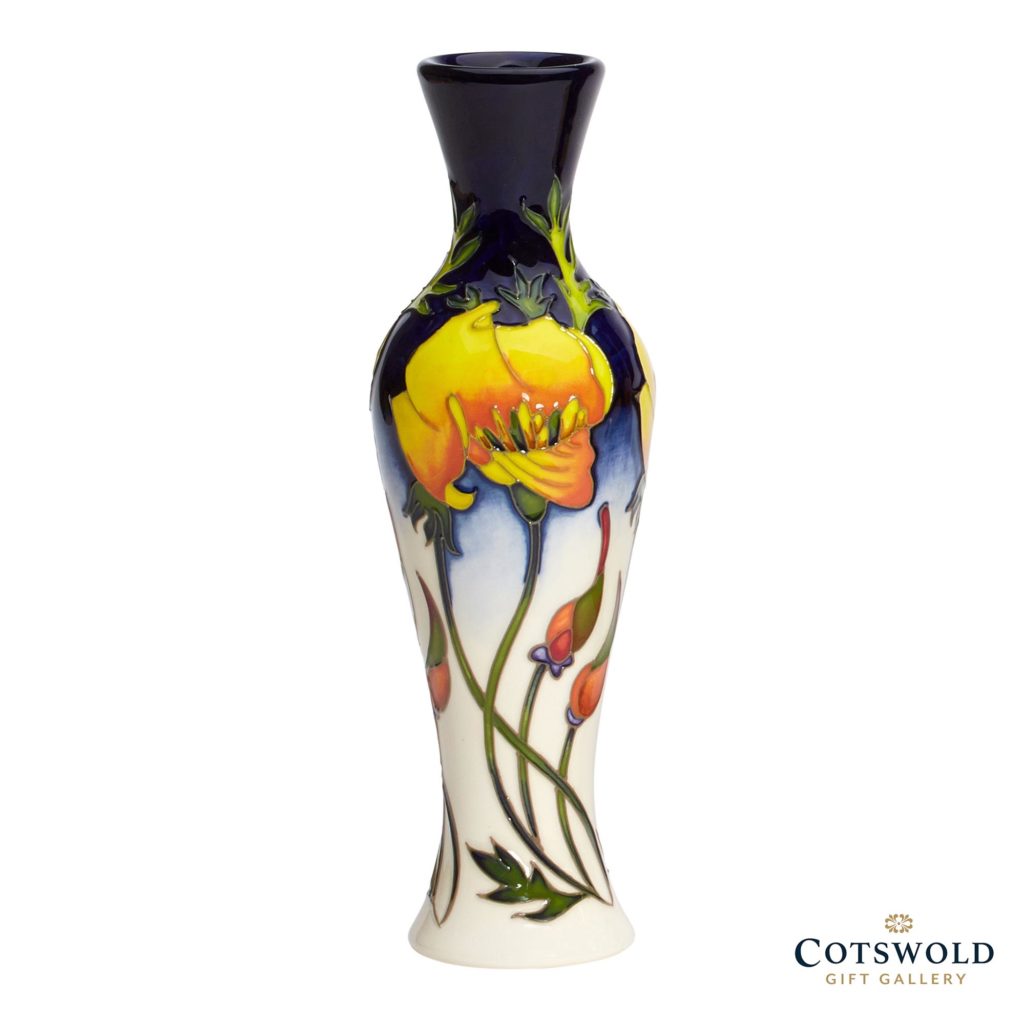